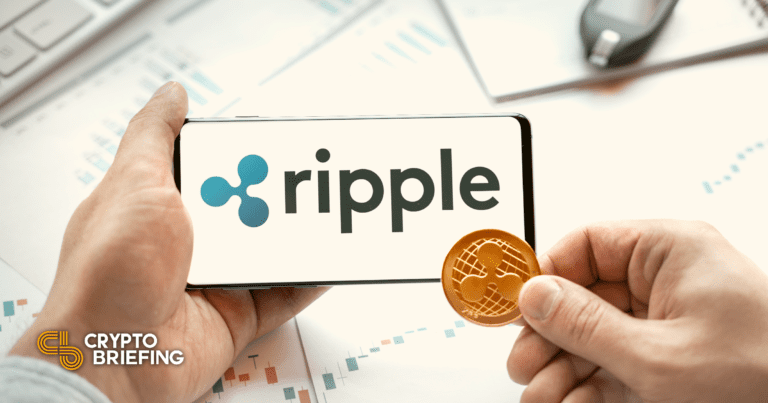 Former Ripple CTO Jed McCaleb has sold the last of his XRP holdings, according to a statement from the company today.

Ripple said in a blog post that McCaleb sold the last of his XRP holdings in his “tacostand” wallet over the weekend.

McCaleb originally developed the XRP Ledger in 2011 with David Schwartz and Arthur Britto. Later, in 2012, he founded the related company Ripple with Arthur Britto and Chris Larsen.

However, McCaleb left the company in 2013 after disagreements; he founded the competing firm Stellar in 2014. At that time, he still held approximately 9 billion XRP—an amount equivalent to 9% of the 100 billion XRP supply.

McCaleb gradually sold his XRP into the crypto market. However, in 2015, Ripple accused McCaleb of violating an agreement that dictated the rate at which he could sell his XRP holdings.

After that lawsuit concluded in 2016, McCaleb agreed to a sales restriction on his remaining XRP holdings. The rate at which McCaleb was allowed to sell XRP was determined by the daily volume of the XRP market and increased on a yearly basis.

McCaleb also agreed to sell his equity in Ripple and donate 2 billion XRP to a charity of his choice.

No Relation to SEC Case

The dispute involving McCaleb seems to have no relation to the legal conflict between Ripple and the SEC. That case alleges that Ripple’s XRP sales constituted unregistered securities offerings.

Though McCaleb is not directly involved in the case, some have observed that much of McCaleb’s XRP sales occurred after the SEC case began in December 2020. Leonidas Hadjiloizou noted that of the $3.1 billion and 708 BTC McCaleb earned through XRP sales, he earned $2.6 billion after December 2020.

Despite the negative allegations, XRP prices have fluctuated between $0.22 and $1.84 since the case began. The fact that gains occurred alongside losses suggests that the SEC’s impact on prices did not necessarily motivate McCaleb’s sales.

Still, the recent “crypto winter” and the general market downturn could have motivated McCaleb to conclude his sales this week.

Influence On Market Is Unclear

It is unclear how the end of McCaleb’s sales will affect XRP’s value. However, McCaleb’s agreement was intended to prevent price fluctuations, and it seems to have been effective.

Disclosure: At the time of writing, the author of this piece owned BTC, ETH, and other cryptocurrencies.