CryptoNewsCourier
Home Prices Ethereum’s History and Looking to the Future 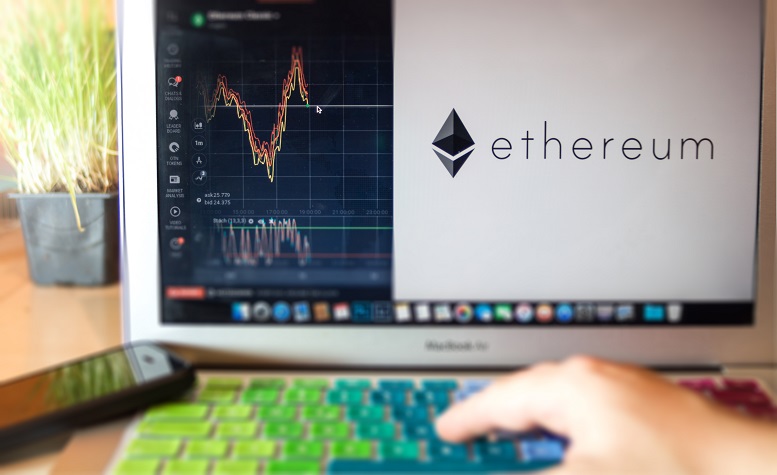 
Since the beginning of 2021, Ethereum, the second-largest cryptocurrency by market capitalization (ETH), has increased by more than 300%. It climbed from $775 on January 1 to over $3000 in late September. This recent rise is understandable given the high level of correlation between Ethereum and Bitcoin’s price histories and Bitcoin’s price swings. However, Ethereum’s strength also stems from its underlying vision, technology, and history of being on the cutting edge of smart contract innovation.

Here, we’ll examine the history of Ethereum in detail. We’ll also speculate on how Ethereum’s future could look and whether it is worth it to buy Ethereum.

Is it worth it to actually buy Ethereum? Vitaly Dmitriyevich ‘Vitalik’ Buterin, a young Russian-Canadian programmer, recognized the need to evolve beyond digital cash to a platform capable of serving as more than just a payment system. According to the Ethereum whitepaper, Ethereum is a blockchain with a built-in, fully-fledged Turing-complete programming language. It allows anyone to write smart contracts and decentralized applications where they can create their own arbitrary rules for ownership, transaction formats, and state transition functions. Ethereum is an open-source platform that leverages blockchain technology to securely allow smart contracts and cryptocurrency trading without any need for a mediator. Furthermore, Ethereum supports two types of accounts: externally owned (managed by private keys affected by human users) and contract-based accounts. As a result, Ethereum enables developers to create a wide variety of decentralized applications. To fund its goal, the company conducted a crowdsourcing campaign in July and August 2014, in which participants were issued Ethereum tokens called ether, or ETH. Ether is the primary internal crypto-fuel of Ethereum and is used to pay transaction fees. Ethereum has seen its prices skyrocket since its inception, primarily driven by its Dapps and smart contracts technology. “You can think of Ethereum as the Internet and ether as Facebook, YouTube, or Twitter, which are applications built on top of the Internet,” says Michael Zagari, a Montreal-based investment advisor at Burlington.

Ethereum made tremendous strides over the six years before the genesis block was mined. Ethereum was founded as a response to Vitalik Buterin’s dissatisfaction with the restrictions of Bitcoin and has since grown to become the second most valuable cryptocurrency in existence at the time of writing. Bitcoin was created with a single objective in mind: to offer a decentralized alternative to the established financial industry. Vitalik Buterin recognized the potential for the blockchain to be used for other purposes and advocated for a scripting language for Bitcoin to enable the development of blockchain apps. His proposal was rejected. So, in late 2013, he proposed the creation of a new platform that would facilitate more generalized scripting and application development. Buterin published the Ethereum whitepaper explaining the proposed technology in November 2013. The Ethereum platform’s development began publicly in January 2014. Vitalik Buterin, Mihai Alisie, Anthony Di Iorio, and Charles Hoskinson comprised the first Ethereum development team. The Ethereum platform was initially developed by a Swiss company called Ethereum Switzerland GmbH, and the Ethereum Foundation, a non-profit organization, was created in June 2014 to foster the development of the Ethereum cryptocurrency platform. Today, Ethereum has expanded and forked to include Ethereum classic, solo mining, and dual mining of Ethereum. In addition, buying Ethereum has been made a lot easier.

The Easiest Way to Buy Ethereum

With the massive adoption of cryptocurrencies into mainstream payment platforms such as PayPal, buying Ethereum has become more straightforward. Today, you can easily buy Ethereum with a credit card. Grayscale Ethereum trust, Ethereum ETFs, and Chicago mercantile exchange are mainstream alternatives to buying Ethereum from crypto exchanges. There are several steps to take and things you should know before buying Ethereum.

Ethereum Classic enables the management of digital assets without third parties such as banks or other financial organizations. ETC delivers unstoppable programmable money by enabling the creation, deployment, and execution of uncensorable smart contracts. Ethereum Classic is a fork of the original Ethereum chain that maintains the chain’s history in its entirety. The ETC network exists to uphold the “Code is Law” philosophy. Ethereum Classic preserves the Ethereum network’s original, unadulterated history. On July 30, 2015, the Ethereum project’s Mainnet was initially deployed via Frontier. However, due to the hack of a third-party project, the Ethereum Foundation released a fresh version of the Ethereum Mainnet on July 20, 2016. This version included an unusual state change that effectively deleted the DAO heist from the Ethereum blockchain’s history. The Ethereum Foundation registered their trademark on the new, modified Ethereum blockchain, Ethereum (code: ETH). Ethereum Classic, the earlier, unaltered version of Ethereum, has been rebranded and will continue to exist (code: ETC). The native Ether token of Ethereum Classic is a cryptocurrency that is traded on digital currency exchanges under the symbol ETC. Ether is generated as a reward for network nodes participating in a process called “mining.”

Mining is the method of acquiring cryptocurrencies through the use of powerful computers to solve cryptographic equations. The process of solving the mathematical equation entails verifying data blocks and adding transaction records to a public ledger, dubbed a blockchain. Mining could be achieved by:

Dual mining of Ethereum and Ethereum Classic became prominent due to the increased complexity of Ethereum. Dual mining is collective pool mining where the computational capacity of multiple miners is pooled together. It is a distributed computing network that is actively involved in the development of new blocks.

Early this September, Ethereum reached a high of $3,841. The digital coin soared beyond the $3,500 price threshold that it struggled to breach for most of August. Since early August, when Ethereum was selling at roughly $2,500, the cryptocurrency has gained about 50%, according to CoinDesk’s price tracking data. However, following the news of China’s cryptocurrency ban, it seems like an Ethereum correction is coming very soon. The Ethereum price is expected to drop to between $2602 and $2917, according to the most recent Ethereum Price Prediction and Forecast. In August, the $3,350 level posed significant resistance. It may now act as a support level, providing a floor for the price.

The news of China’s real estate collapse sparked a crypto market meltdown. China prohibited the usage of all cryptocurrencies a few days later. The market continued to decline as Ethereum fell as low as $2,651. Ethereum recovered on Sunday, September 26. The price has increased to nearly $3000. The increase was usually ascribed to institutional investors’ growing interest in cryptocurrencies. According to a JP Morgan analyst, institutional investors prefer ETH over BTC. While Ethereum is gaining interest and at the same time driving the Ethereum and bitcoin price history chart, it appears to be a victim of its success as it continues to be plagued by scalability issues till the release of ETH 2.0.