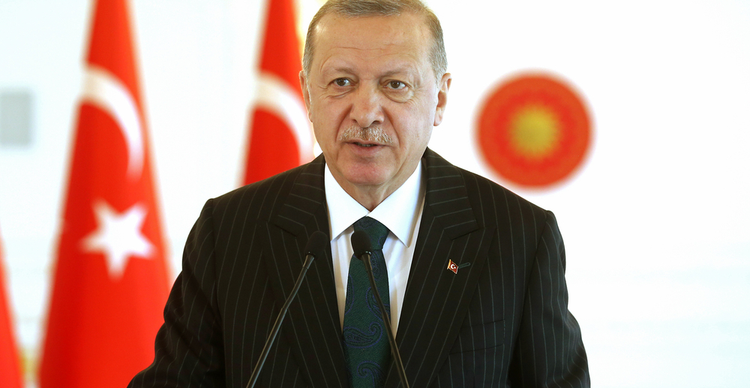 Turkish President Recep Tayyip Erdogan has said that the country is not ready to embrace cryptocurrencies, even as it moves towards adopting its own digital money.

According to crypto publication Cointelegraph, Turkey’s president said this while responding to a question from the audience at a youth summit. Giving his opinion on crypto as well as the country’s move towards a Turkish central bank digital currency (CBDC), Erdogan told the students that the government was open to the idea of crypto money.

However, this does not mean approval for cryptocurrencies, he noted and added that the authorities were waging “a war” against them.

“We have a separate war, a separate fight against them,” he told the youth forum.

According to the Turkish leader, the government wasn’t going to support crypto as it plans to develop its lira digital currency.

The idea being pushed by the central bank and the country’s regulators was to continue with a project that would strengthen Turkey’s “fundamental identity”, Erdogan added, as quoted by a local news outlet.

Turkey has been one of the largely crypto-friendly countries in the world, attracting many crypto-focused businesses including crypto’s largest exchange by trading volume — Binance.

The country has, however, slowly moved towards a strict stance against cryptocurrencies since it announced plans for a CBDC. In April, the central bank banned the use of crypto for payments, effectively barring local companies from accepting Bitcoin and other cryptocurrencies for goods or services.

The banking regulator noted in its warning to the public that wild volatility and lack of oversight represented huge risks for users.

Erdogan’s comments are likely to see the country’s regulators take an even more stringent approach towards cryptocurrencies.