CryptoNewsCourier
Home Coins Other What Is the Optimum Price Level for XRP? 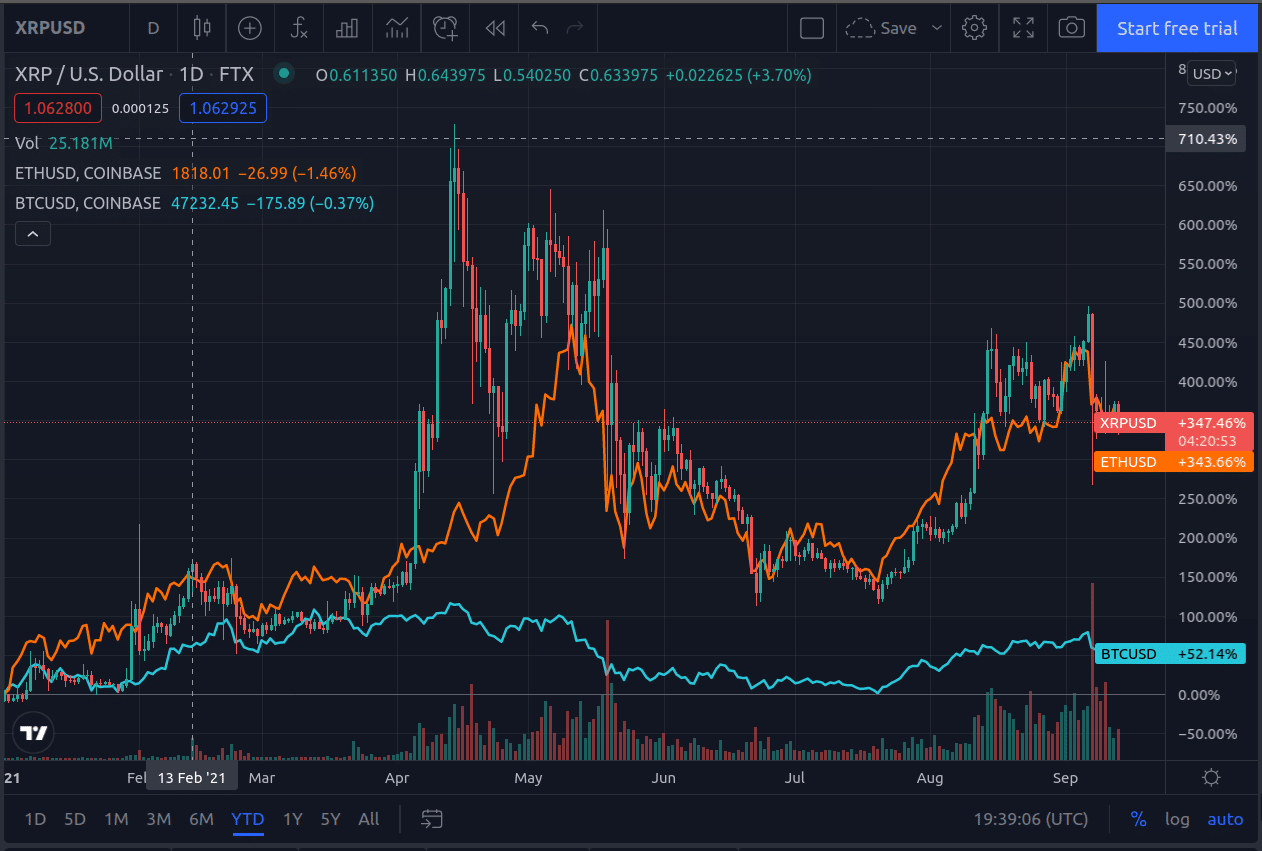 
Ripple is one of the most impressive blockchain projects. Unlike Bitcoin, which was originally introduced to create an internet-based currency, Ripple Labs saw the potential of the underlying blockchain technology and decided to create a decentralized infrastructure for the existing financial institutions.

Even in the present day, when the crypto space has been bombarded with decentralized finance (DeFi) projects, only a handful of companies are truly competing with Ripple.

With massive potential use cases, Ripple-issued digital currency XRP became very popular among crypto traders. It is one of the most controversial cryptos, yet remains in high demand. But, what is the optimum value of XRP? Is it currently undervalued or overvalued?

XRP is going through a roller coaster ride since 2020. The prices swang between a bottom of $0.2 and a peak of over $1.8 in the past 12 months, which was also triggered by the delisting of the token on US exchanges. Its volatility still remains and is mostly echoing the movement of the overall cryptocurrency market.

Currently, XRP is trading at little more than a dollar for a few days, but the dominant market volatility can easily push the prices in any direction.

“When XRP was delisted, around the turn of the year, the price had been floating between $0.40 and $0.60 — XRP saw a sharp decline in price directly after delisting but made a steep recovery to far over $1 by April. Since then, the price has ebbed and flowed, but hasn’t dropped back down to immediate post-decline numbers,” said Finder.com’s Zak Killermann.

While Bitcoin and Ethereum are testing their peaked recently, XRP is trading significantly lower than its early 2018 peak. Then, the XRP price touched almost $3.34, meaning the token is now trading at a discount of over 67 percent.

According to CoinPrice Forecast, XRP is likely to end 2021 with a value of $1.15, while it has the possibility of gaining 47 percent by the end of next year: both much lower than the tokens all-time high value. But what is keeping XRP from surging like Solana, Cardano’s ADA, or Polkadot?

Though there is no certain answer, XRP price is most likely being influenced by the ongoing litigation against Ripple brought by the US Securities and Exchange Commission (SEC). The lawsuit alleged that XRP is unregistered security and accused the San Francisco-headquartered company of illegally raising $1.3 billion by selling the crypto.

The regulator’s move against the blockchain company prompted the US exchanges to delist the token as they wanted to avoid regulatory backlash for listing unregistered security.

Though Ripple received recognition from many major international banks and financial giants like Bank of America, Santander, and American Express, the token’s future price is highly correlated with the SEC lawsuit.

A favorable judgment can push XRP to a significantly higher level, while the complications associated with labeling XRP as security can plummet the token price to a new low.

“US exchanges who have chosen to remove XRP have likely damaged their US customers holding XRP. Customers without offshore trading options were likely forced to sell at near-term depressed levels,” said Joshua Greenwald, Head of Risk at Uphold.

“Re-listing may help those who’ve continued to hold recoup some of those losses but many have sold, and for many, the damage is done.”

He further pointed out a strange correlation between the overall market value of XRP and ETHUSD since mid-May.

Another factor, that can push the value of XRP higher is institutional adoption. Against unlike Bitcoin and Ethereum, XRP failed to get the attention of institutional investors. However, the ties of the project with big banks can surge the demand for the token when the widespread testing RippleNet starts.

Though traditional hedge funds and institutions are yet to adopt XRP, many large crypto investors are already betting big on the token. According to Whale Alert, the number of large XRP transactions is also surging, signaling bullish bets on the token.

“It’s hard to say if Ripple can survive regulatory challenges long term but the short term outlook for XRP looks promising, with a panel average end of year price prediction of $1.23,” Killermann said.